During the last week of February, UM Spain Dealers attended the yearly Dealer Meeting under the name “Jornada Formativa UM”, which was held at UM Iberica’s Headquarters in Oliveira de Azemeis, Portugal. During this important meeting, nearly 50 UM Dealers had the chance to see UM’s Europe 2020 Line Up, they were trained in several business areas such as systems, marketing and after sales service. Congratulations to the UM Iberica (Multimoto) Team for such a great event and for the newly constructed UM Iberica Headquarter Showroom! 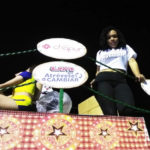